The warming and the acidification of the ocean results in two carbon feed backs leading to more CO2 building up in the atmosphere .

These are major changes to the oceans which the scientists say will have profound negative effects on the climate system. 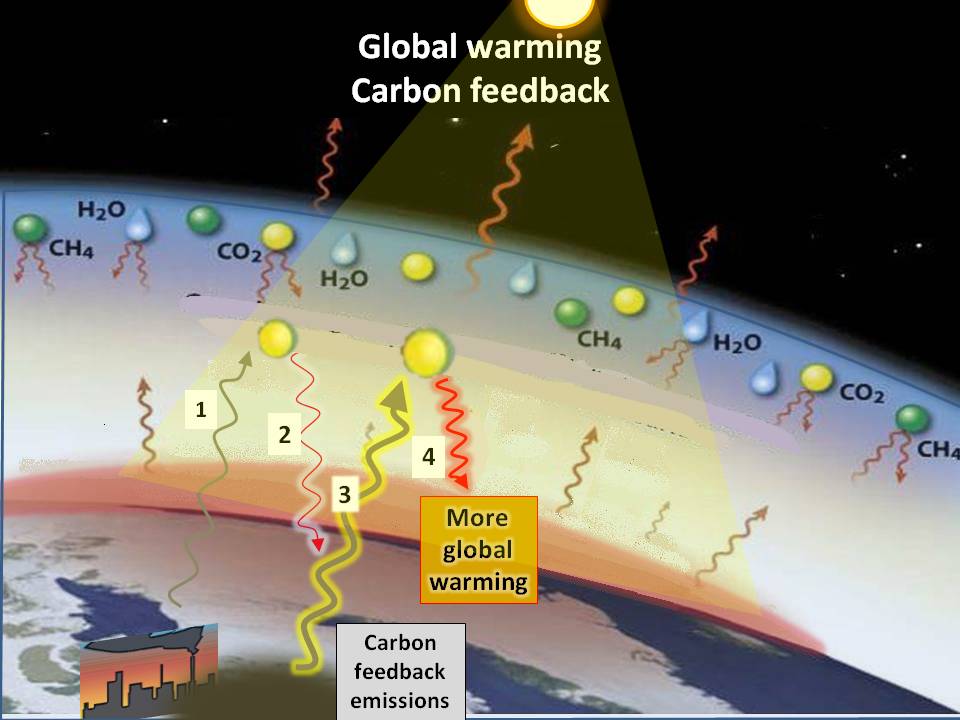 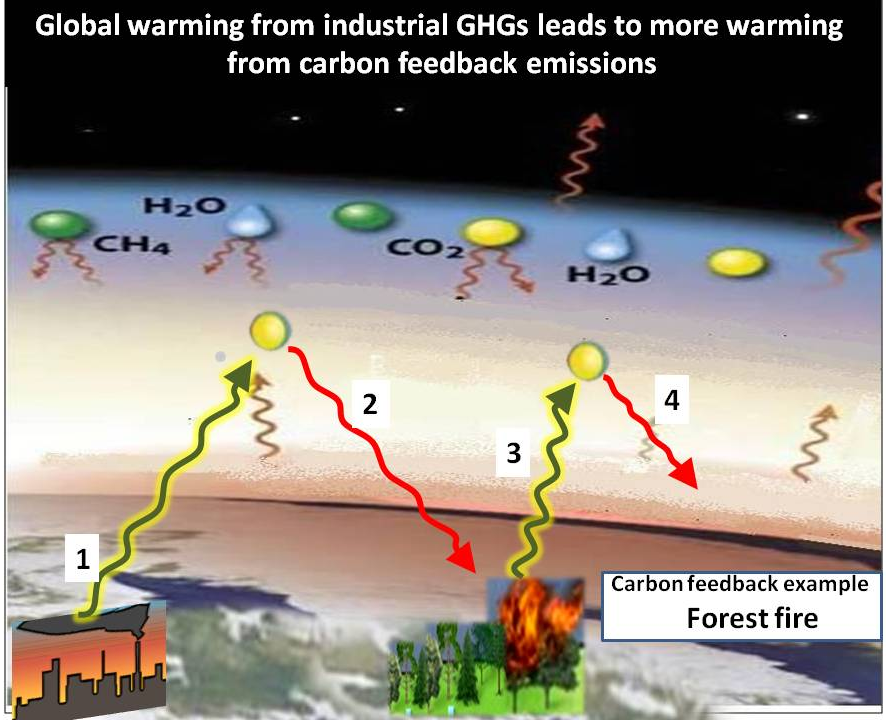 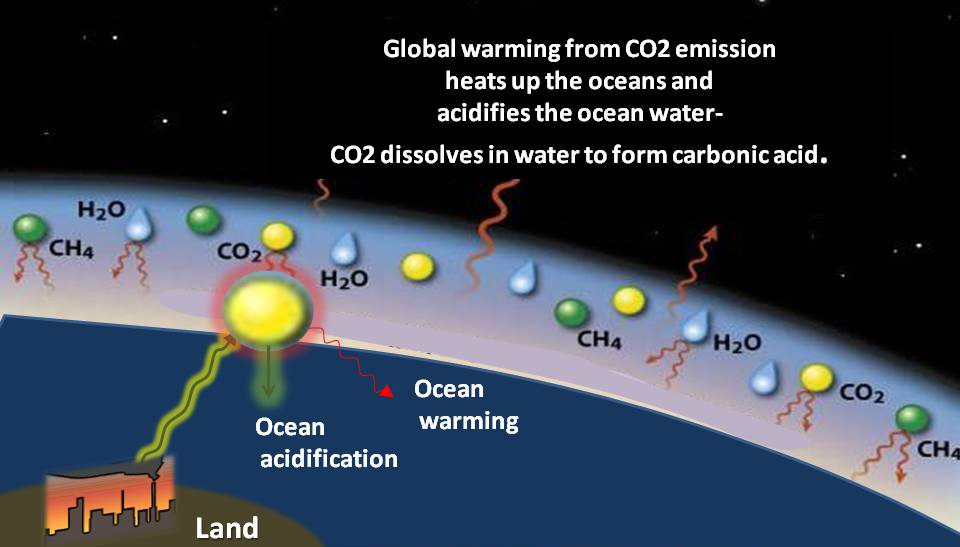 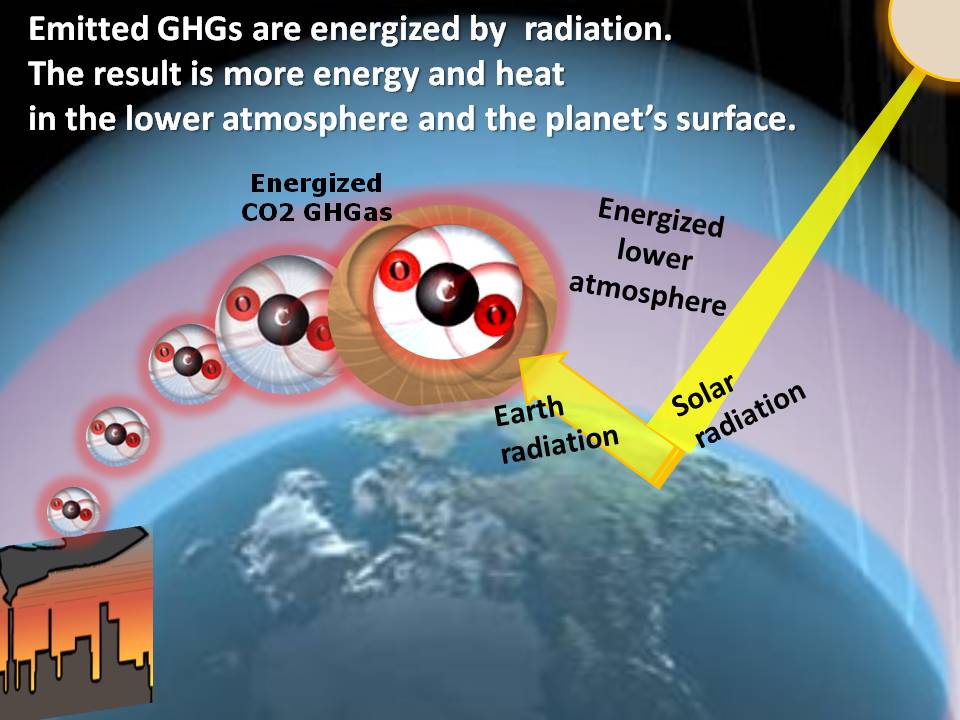 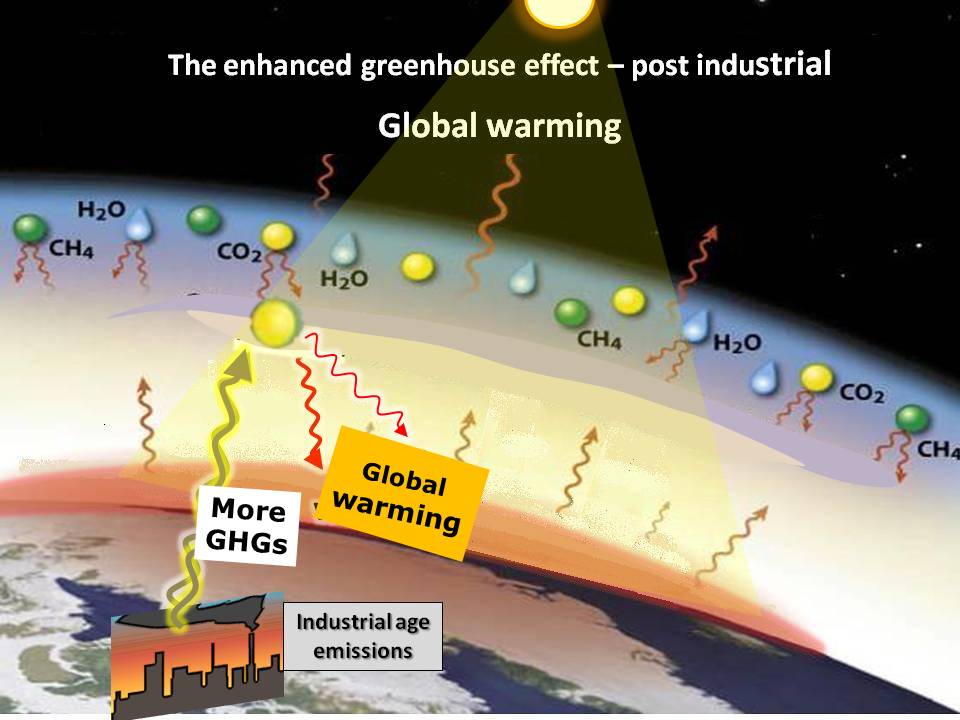 Research at UCLA (2009) has found that Atmospheric CO2 is the highest in over 15 million years.
Global warming is the result of enhancing the atmospheric greenhouse affect by the constant addition of greenhouse gases into the atmosphere from industrial emissions. As we all know this is mainly  from fossil fuels for energy. Other CO2 emissions sources are deforestation,agriculture , and cement making.

Carbon dioxide (CO2) is responsible for most of the warming.

The enhanced greenhouse effect is the inevitable result of increasing the amount of GHGs in the atmosphere (concentration).

That is because by their atomic structure when emitted into the atmosphere GHGs become heat radiators.

Carbon feedback CO2 emission is another additional source of carbon dioxide emitted by the planet that results from the warming of the planet's surface and it has to be considered in zero carbon planning.
A simple example is a forest fire.

Fires have already greatly be increased as a result of global warming.

In the illustration the sequence of events is as follows.

Only stopping all the industrial age emissions of CO2 can stop the chemistry of the atmosphere of the oceans and the climate being changed more.

The climate denial campaign says - So what climate has always changed. That is true the recurrent cycles of long ice ages and shorter warm interglacial periods. ​​For the past million years this has occurred over and over again at 100,000 year intervals. About 80-90,000 years of ice age with about 10-20,000 years of warm period. The difference is enormous. We are adding greenhouse gases during a warm period - not deep in an ice age as happens naturally. We are doing so at a rate thousands of times faster than has ever happened before.
Research suggests ocean acidification is the highest in 15 milModels lion years and the rate of acidification the highest in 65 million years (Past constraints on the vulnerability of marine calcifiers to massive carbon dioxide release
Andy Ridgwelll) 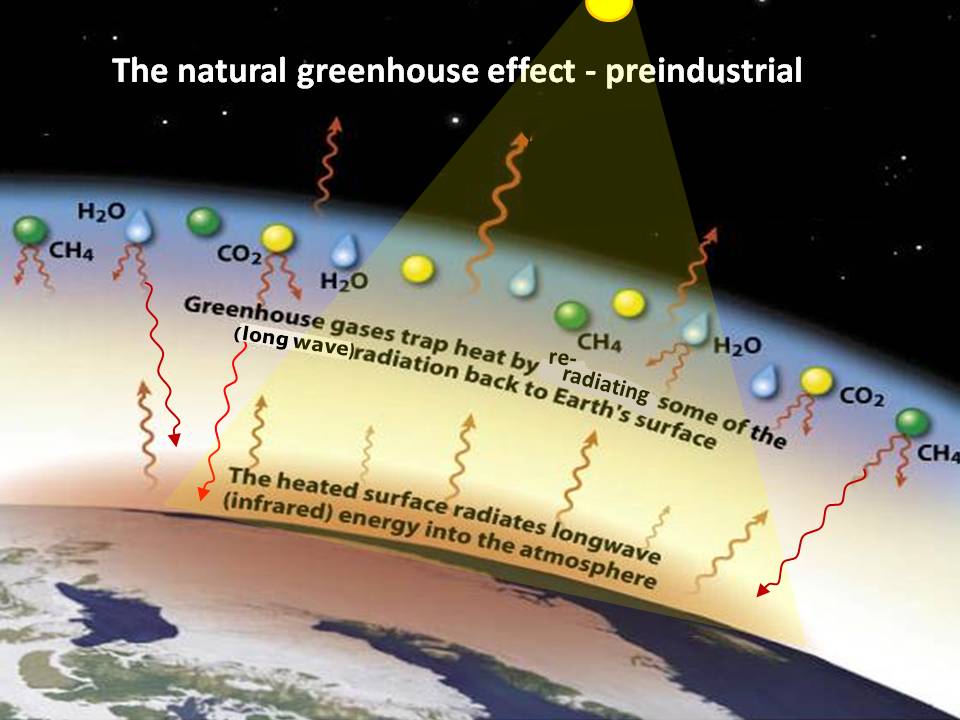 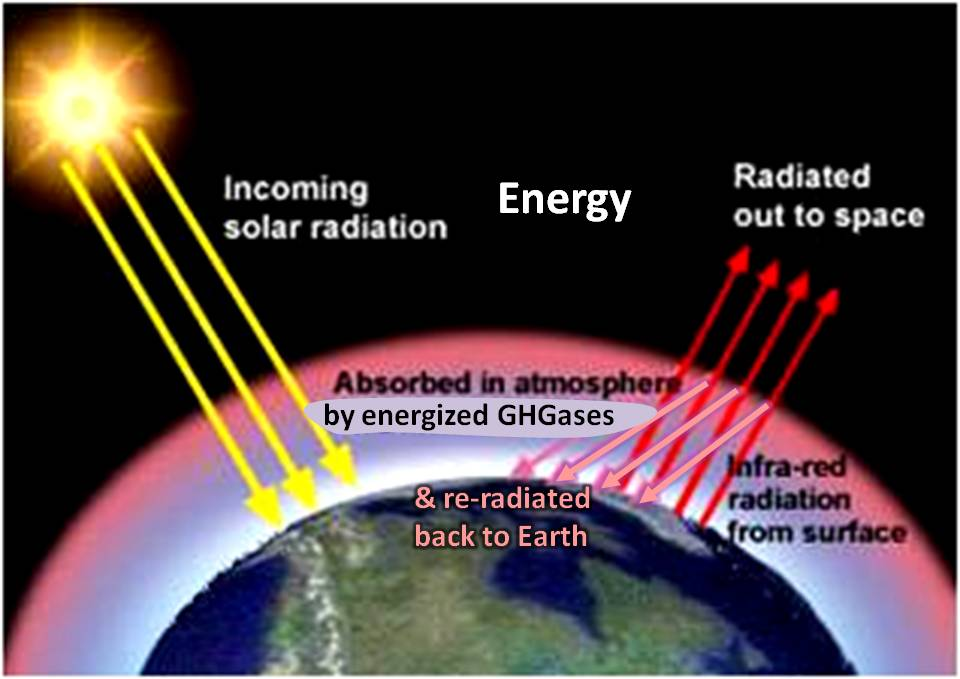 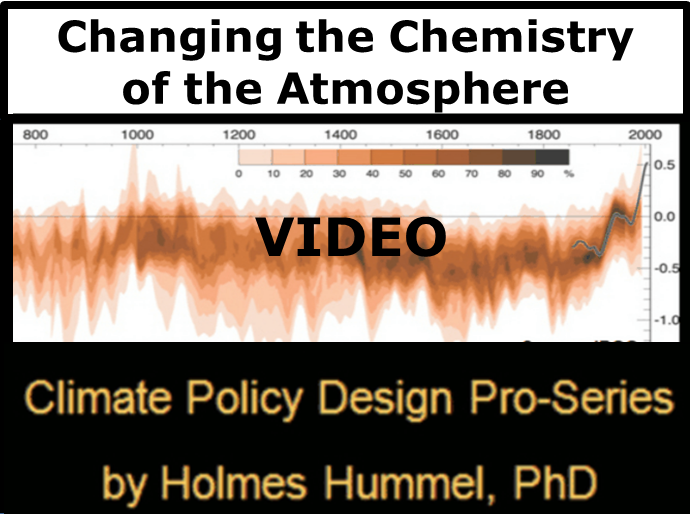 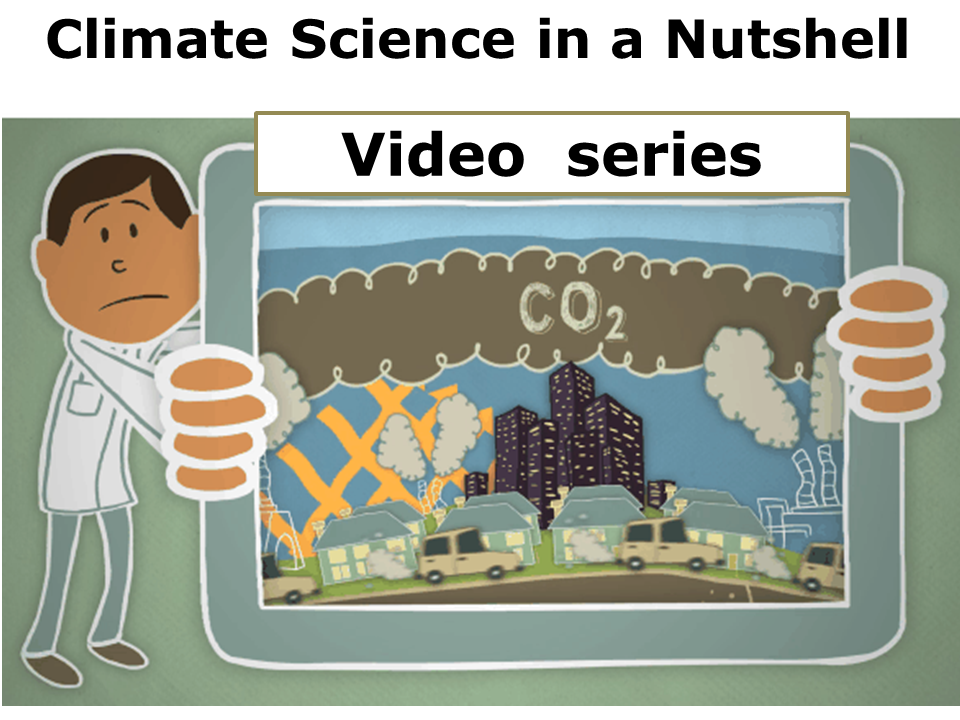