MOUNTAINS:  'permanent' carbon store as limestone and dolomite that are formed under the ocean depths, long term weathering carbon source.

Components of the Climate system
Climate components in action
OCEANS
Click on image to enlarge
As you see from these climate system images the climate is much more than the atmosphere.

The planet also emits aerosols which are cooling. Clouds have both warming and cooling properties.
The oceans are intrinsic to the climate system and they are the ultimate control of the climate system. The climate system is characterized by very long lag times course delays in a change of the atmospheric greenhouse gases leading to a change in the global average temperature and the climate.

Heat energy radiated (re- radiated) from greenhouse gases in the atmosphere is absorbed at the surface of the land and the oceans.

Planet earth is mostly ocean, so over 80% of this heat energy is normally taken up by the oceans.

The vast amount of ocean water takes a very long time to be warmed up by the radiation of atmospheric greenhouse gases and a long time for this to heat energy and to register at the surface of the planet. This is called the ocean thermal lag of the climate system and the lag time is about 30 years.
​
Atmospheric carbon dioxide is (normally) absorbed by the oceans by dissolving in the ocean water to carbonic acid.

Both the land and oceans have large masses of green plants that absorb carbon dioxide from the atmosphere by photosynthesis.

The ocean green plants that form this function - are the phytoplankton.
It takes 30-50  years for GHG emissions lower atmospheric heat to distribute in the world ocean and  to be registered as a global temperature increase at planet's surface
Phytoplankton are ocean surface microscopic plants. They initiate what is called the ocean biological pump, which is also the ocean carbon pump to. Thanks to the phytoplankton starting the ocean food web nutrients are transmitted throughout the depth and breadth of the oceans. I know the result is that carbon that originates as carbon dioxide in the atmosphere is transmitted to the bottom of the ocean incorporated into ocean sediments, where to half the ages of pressure the carbon becomes permanently sunk as limestone and a light rock.

Carbon compression of organic material (dead living things) over ages is the only way the planet can take CO2 out of the carbon cycle. It is the only true carbon sink there is and it makes up the ultra long term carbon cycle.

When we think of the carbon cycle we are referring to the short term carbon cycle that does not sink CO2 (other than very temporarily). 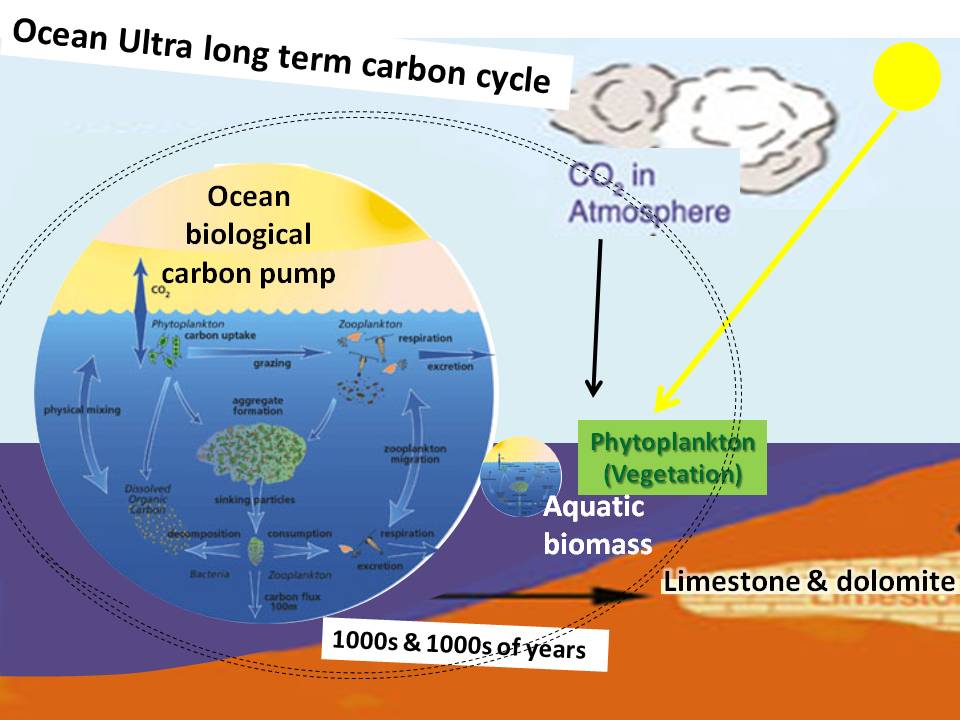 Limestone that is being burned to manufacture cement is 1 to 400 million years old .

Coal oil and gas are 100's of millions of years old.

What we call fossil fuels are Nature's ancient carbon sinks that have allowed life (absorbing O2  and emitting CO2 to flourish.
Burning this ancient carbon is poisoning the atmosphere, if not stopped soon it will change planet Earth to be inhospitable to most life. 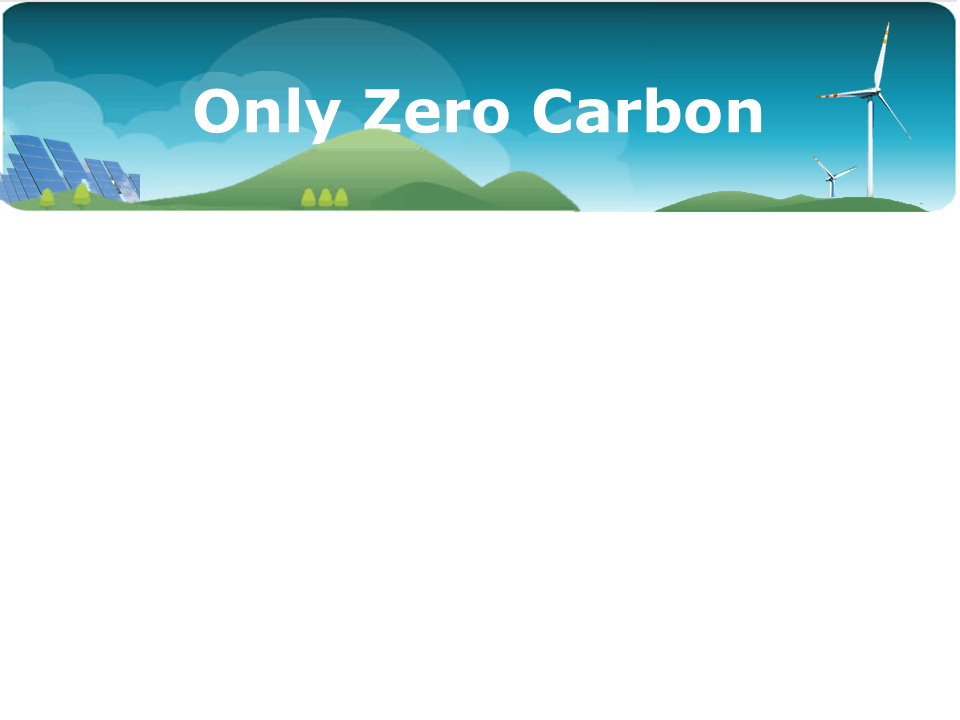 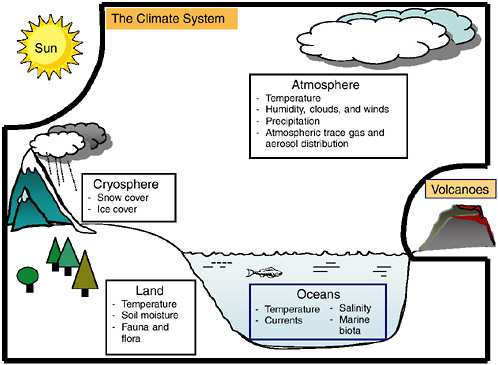 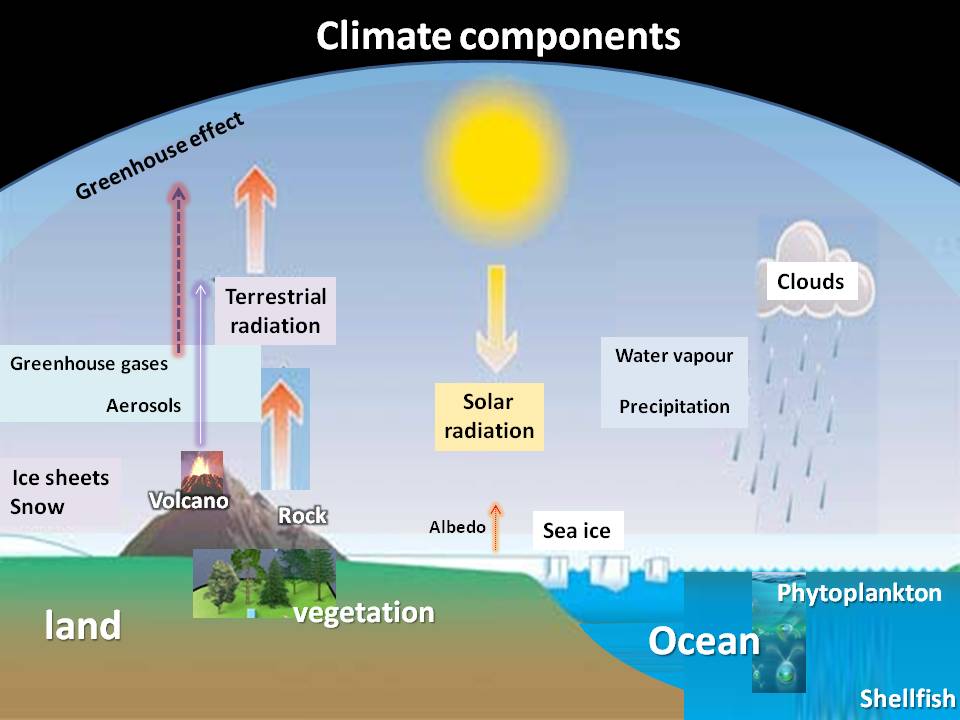 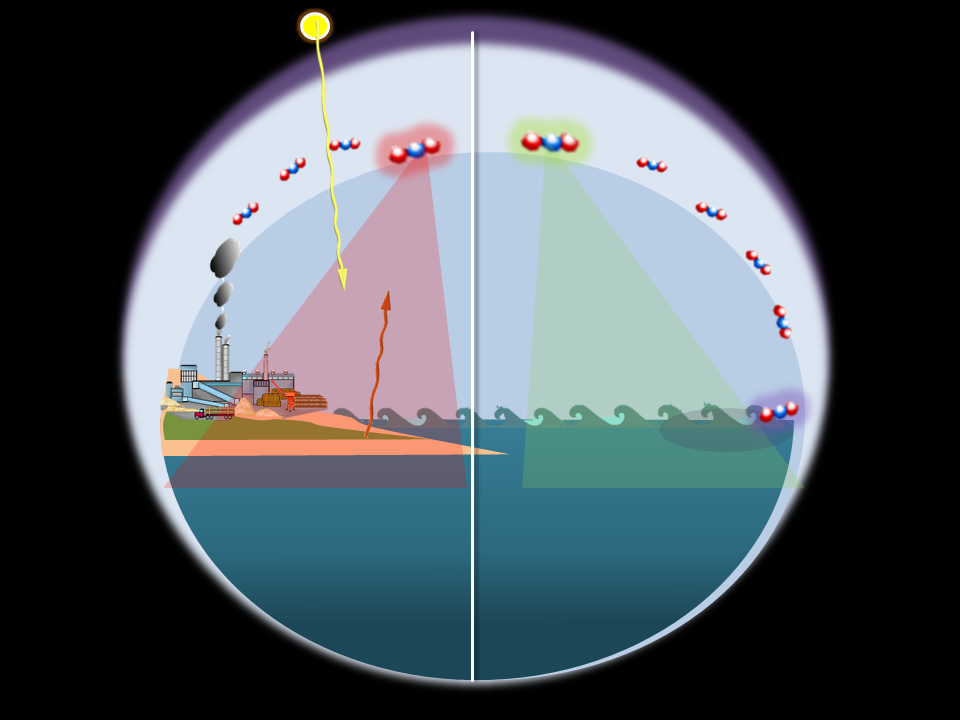 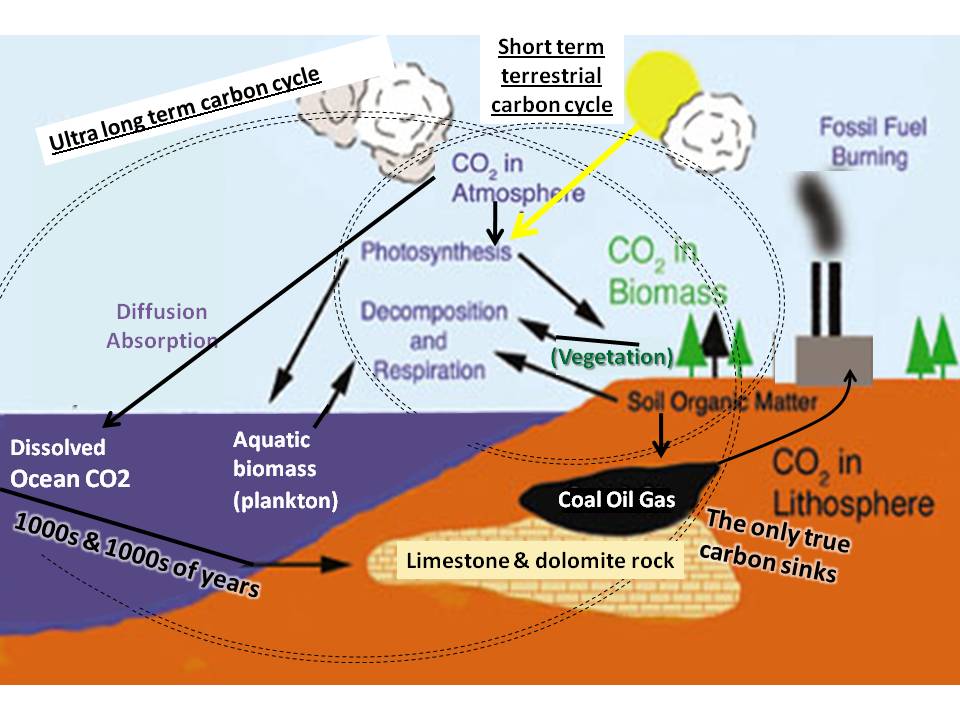 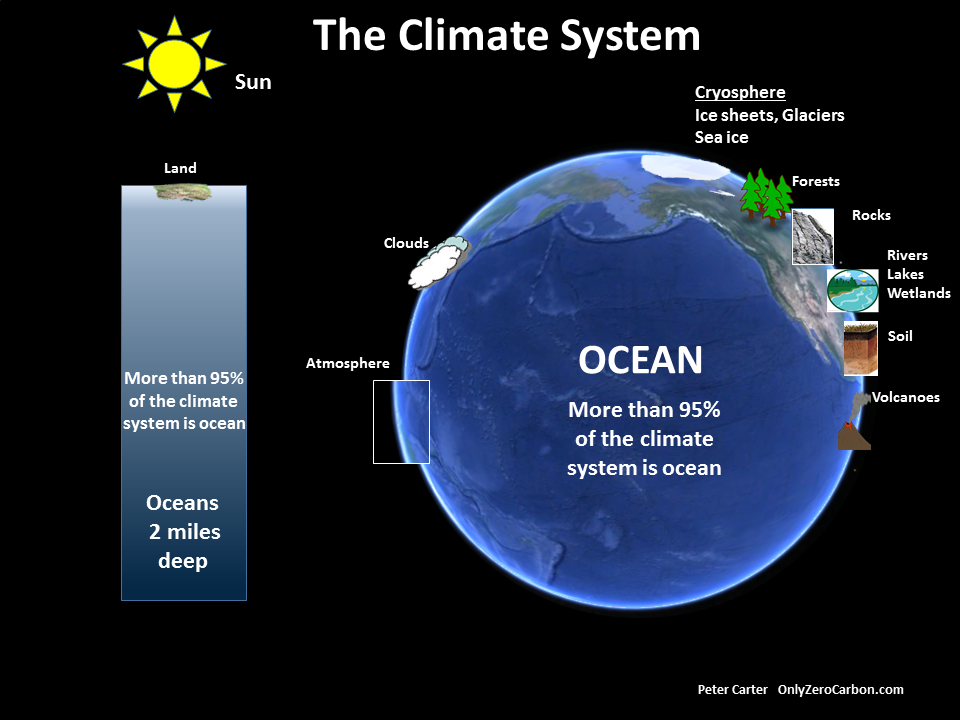