How are we doing towards the survival goal of zero carbon emissions which means zero fossil fuel energy?
​
We would think that fossil fuel energy is being replaced by progress in the new clean renewable energy sources. ​

In 2013 fossil fuels made up 81.4% of world energy and​​
CO2 emitting energy made made up ​91.6% of world energy
​
​​Though the clean renewable energy share of total energy has doubled from 1970 there is little difference between the ratio of renewables to fossil fuels. ​​

Renewable energy is not the same as zero carbon carbon energy which is less​.
​
​​What matters is that Fossil fuel energy has kept on increasing rapidly. 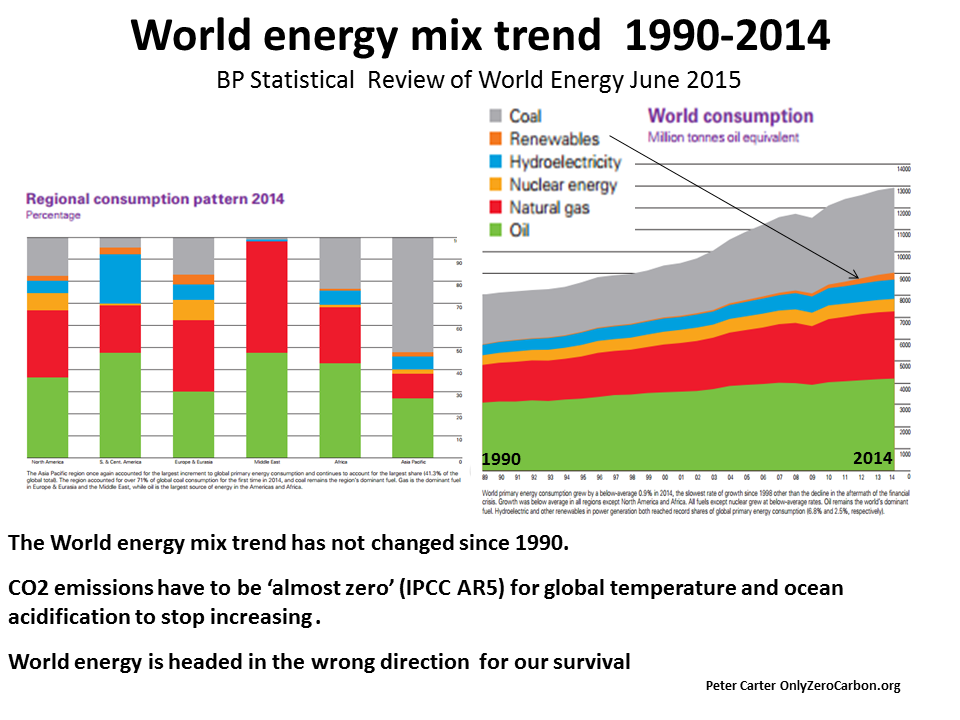 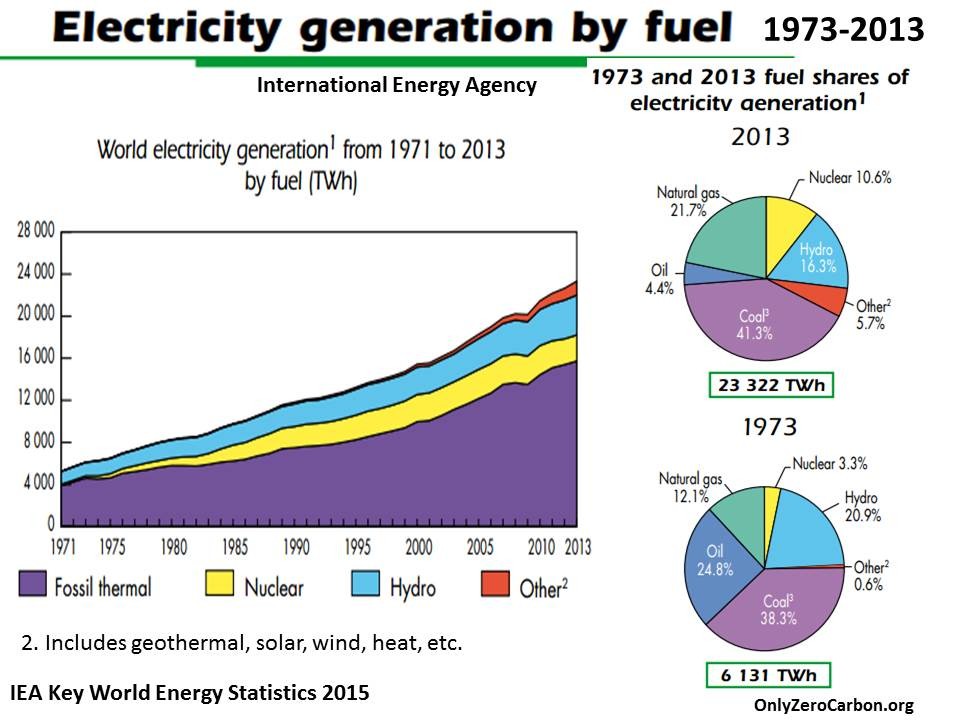 The 2 fold increase in renewable energy has gone to supplying electricity that has increased 9X.
​
Except for big dam hydro ​renewable power does not yet have the energy density to make metal, power heavy industry or fuel for transportation. The electricity for electric vehicles nearly all comes from fossil fuels.
​
Coal production (worst polluter) has increased rapidly till levelling off from 2010.
Nuclear energy production (zero carbon) increased slowed from ​1990 and declined since 2015 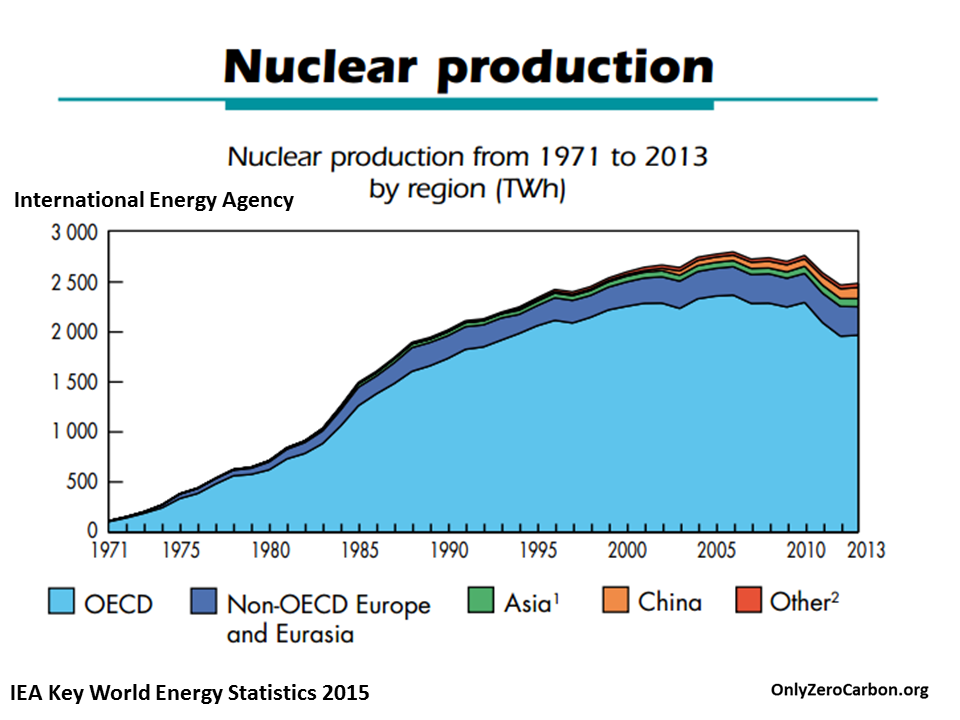 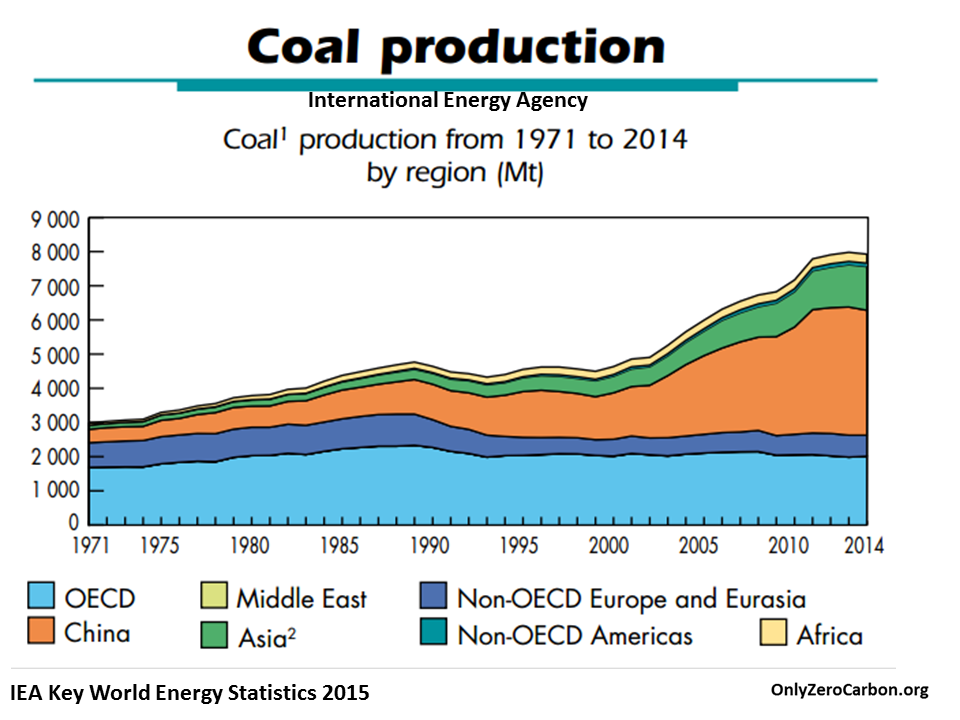 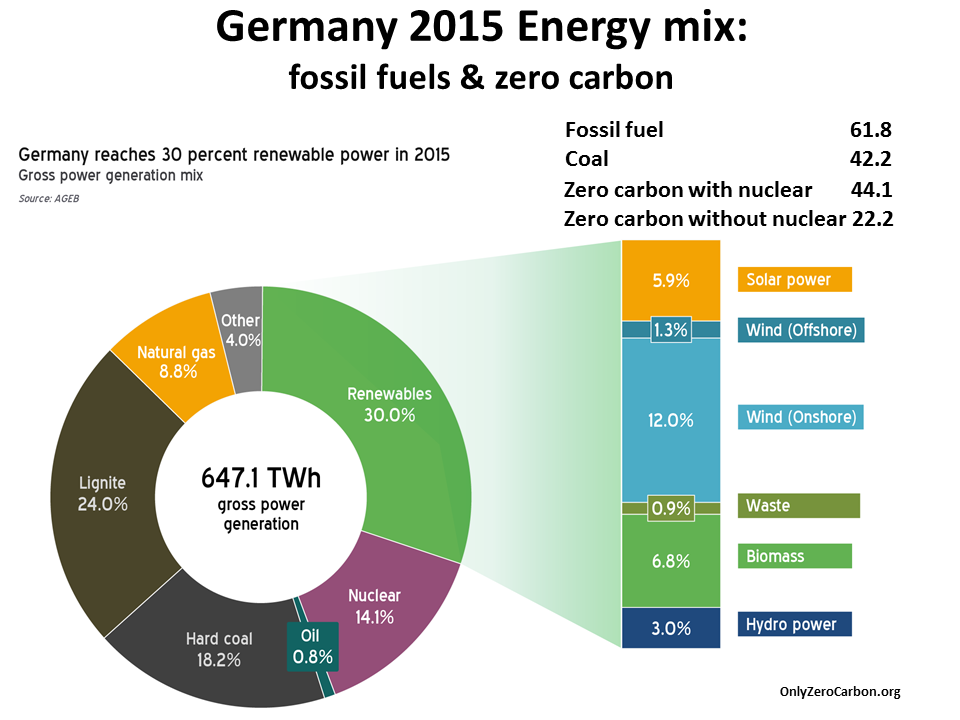 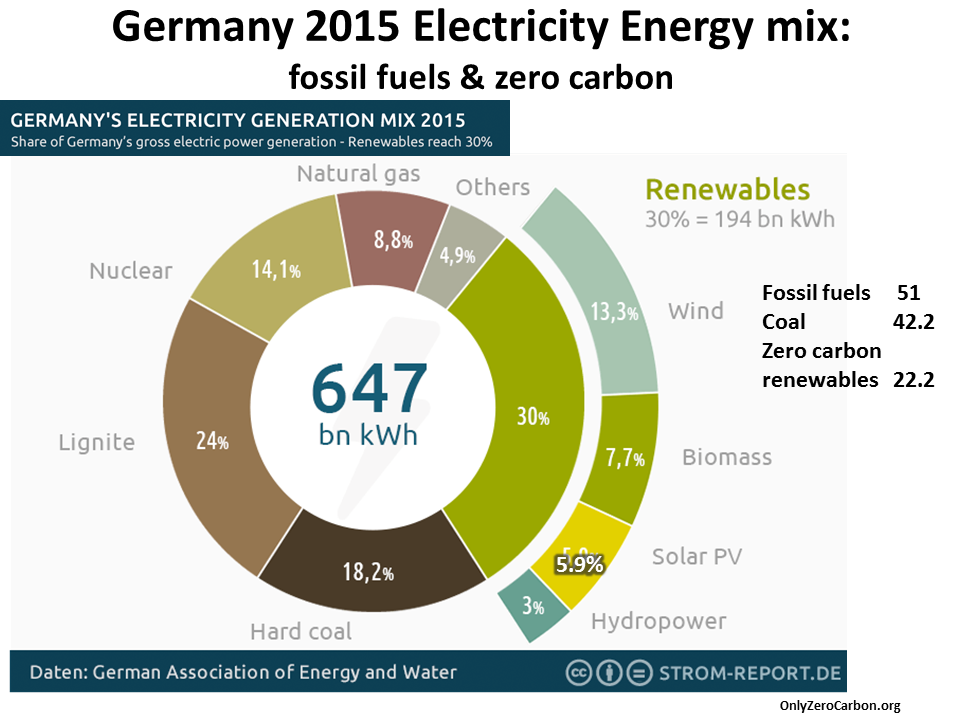 Germany is recognized as the word leader in renewable energy development, and indeed has reduced fossil fuel energy 20% more than the world as a whole, but this is still 62% of energy when it has to be nearly zero. Germany's abandonment of its nulcear energy has resulted in an increase in emissions (2016)
​With respect to energy from fossil fuels so far we have made negative progress towards zero ​fossil fuel energy.
​Fossil fuel energy has increased over 150% since 1970 and 50% since 1990.
​ 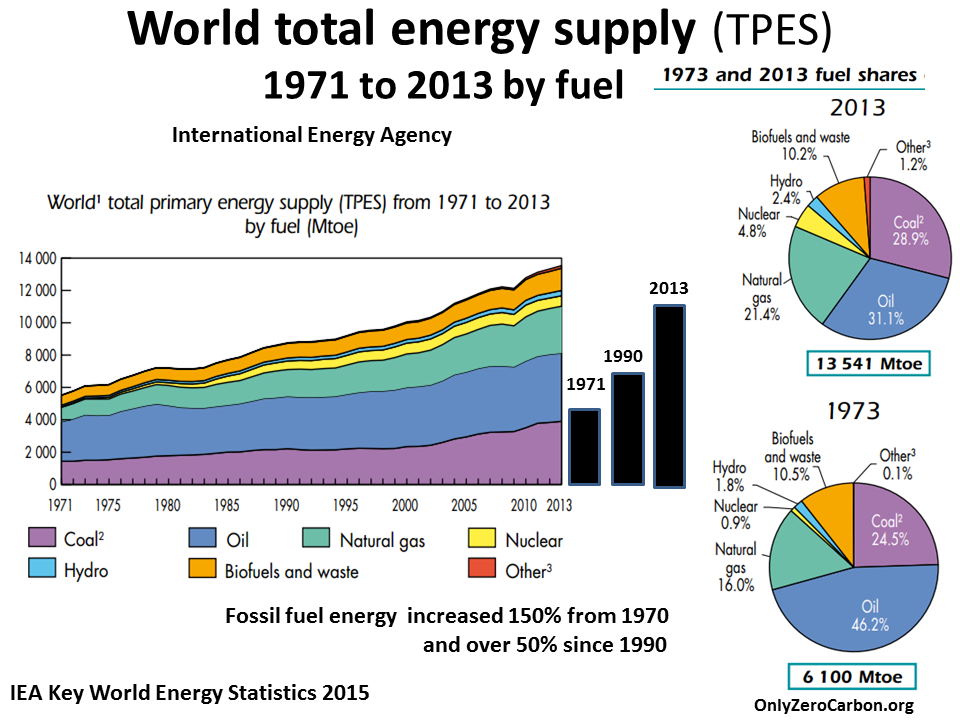 ​​Clearly it is impossible to rapidly reduce global emissions and abandon nuclear energy.
There is no comparison to the definite devastating ​human population and planetary health damages of coal energy and nuclear fission.
​
That is multiple toxic air pollution, water pollution and atmospheric GHG pollution​
Coal must be abandoned not nuclear fission.​
​
The latest small liquid salt cooled fission ​reactors should be manufactured fast to put far safer fission back on an increasing track, to be a bridge to safe fusion energy.
​
The answer to the fixed public opposition ​to nuclear fission is nuclear fusion.
Based on the up to date science (2016) including the 2014 IPCC 5th assessment, zero carbon must include methane (CH4) the other carbon greenhouse gas and black carbon (soot)​.
​
​Calculated by emissions methane has contributed 54% of CO2's radiative heat forcing, and some methane is converted in the atmosphere to CO2. Natural gas is out as its combustion emits CO2, even though less that the other fossil fuels. High fugitive methane emissions from natural gas, makes it not much better (2014) than coal and even worse as a bridge energy source (towards zero carbon).
​
Back carbon is second only to CO2 in heat forcing.​ It is released by the fossil fuel industry in extraction and by combustion.
​
Zero carbon
​now =
No CO2
No methane
No black carbon (soot), which =
​No fossil fuels​​​