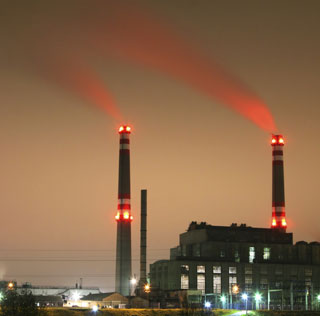 We live in a planetary extinction crisis and global climate change has just started to add to it.

Biologists declared that the world was in the 6th major extinction event of life on Earth ten years ago, due mainly to habitat destruction and degradation. Estimates are that by 2100 60% of the world's species will be extinct or doomed to extinction (E. Wilson, P. Raven). It is estimated that today's rate of extinction to be up to 1000 times, the natural rate before industrialization.

By 2050 global climate change is projected to over take habitat loss as the top cause for extinctions. The IPCC 2007 assessment said that up to 70% of species would be at high risk of extinction at global warming above 3 degrees C.

Our entire civilization is in denial of the full extent of the peril that the planet and now all of us are in due to essentially unmitigated global warming, climate change and ocean acidification. If this denial persists there is no future for our species and most all others.

Nearly 30 years of doing worse than nothing about the multiple global environmental crises (1992 UN Earth Summit and Climate Convention) places us today in a degree of danger so enormous that most people involved with the issue cannot bring themselves to face it. The transformation of the world economy is such an enormous task that most people are in denial that we can achieve it. They cannot imagine a different future (even though it would a far better one as well as the only one).

You may have heard the Chinese word for crisis is danger and opportunity. Our species and life on earth have never been in greater danger of extinction than now from global warming and climate change. The greatest opportunity for a future, far better than all our past as a species, is being thrown away. The future of humanity and life on Earth is now clearly at stake and must no longer be negotiable.

There can be no more denial, delaying and no more compromise. Only zero carbon emissions can stop global warming, climate change and ocean acidification. Only zero carbon can possibly slow the catastrophic rate of the 6th mass extinction. We have to make it happen. 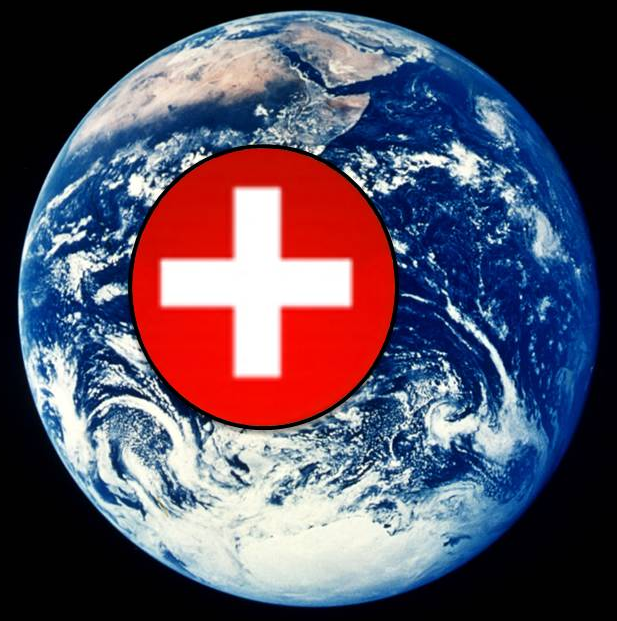 Zero carbon emissions when it is referred to by the climate scientists in terms of an eventual very long term goal, at the end of this century or next century. This is crazy. Zero carbon has to happen. Delaying it is wrong in every sense. Any delay on the very goal of zero carbon increases the risk of climatic annihilation.
The rigidly focused science of global climate change does not take into account the fact that global climate changes many impacts come on top of many severe ongoing global environmental degradations and on top of severe ongoing socio-economic population deprivations, all of which global climate change makes worse.

Climate change will have adverse synergistic effects and feed backs with these other ongoing global environmental damages. This whole aspect of the science is not included in global climate change assessments. This huge omission makes for huge underestimates of the predicted (climate change only) impacts. For one example when the IPCC says that 30% of species will be vulnerable to extinction - what it means is that 30% MORE species will be doomed to extinction - at least 60%.

From WHO Global Climate Change and Health
The Whole Planet is in an Unprecedented Mega-Crisis.

Only a global zero carbon emergency response can prevent
the climatic annihilation of most life on Earth.

This climate mega-crisis is demonstrated by the World Health Organization global climate change chart above.

The collection of graphs (right) published in review of the state of the planet (IBGP) show that the biosphere is being constantly subjected to a large number of large stresses. The paper makes the point that the actual stress to the biosphere is far more than the sum of all these disastrous impacts and their effects.
Global Climate Change and
​the Sixth Mass Extinction Event of Life on Earth. 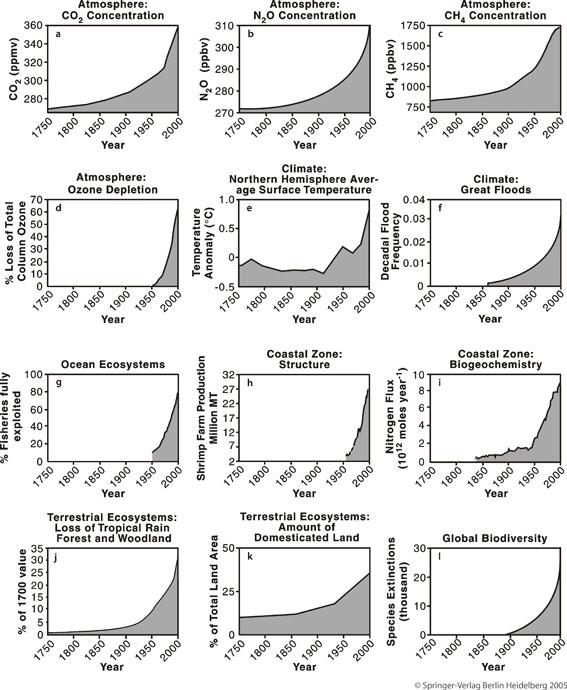 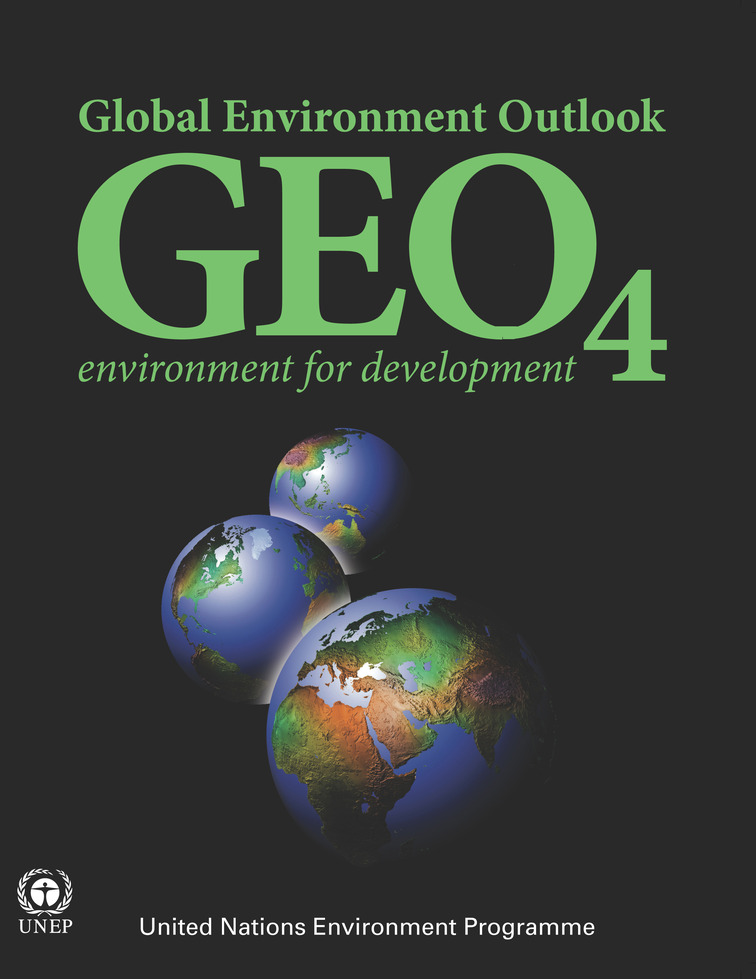 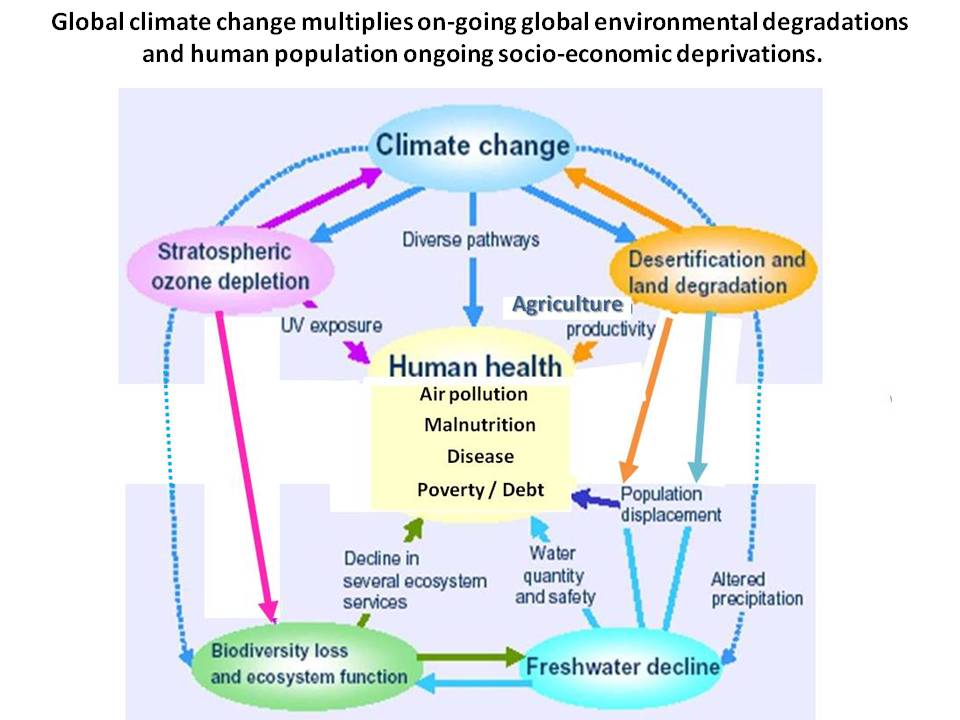 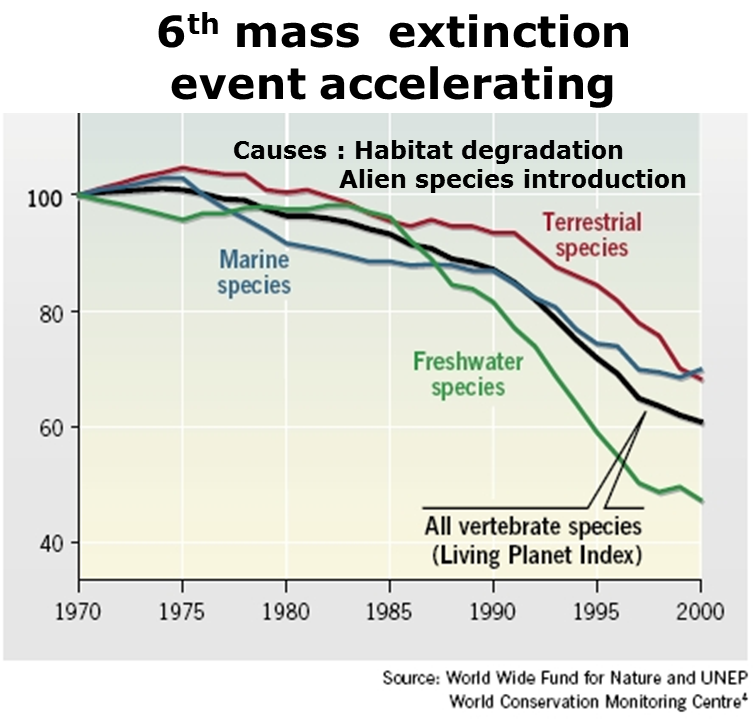