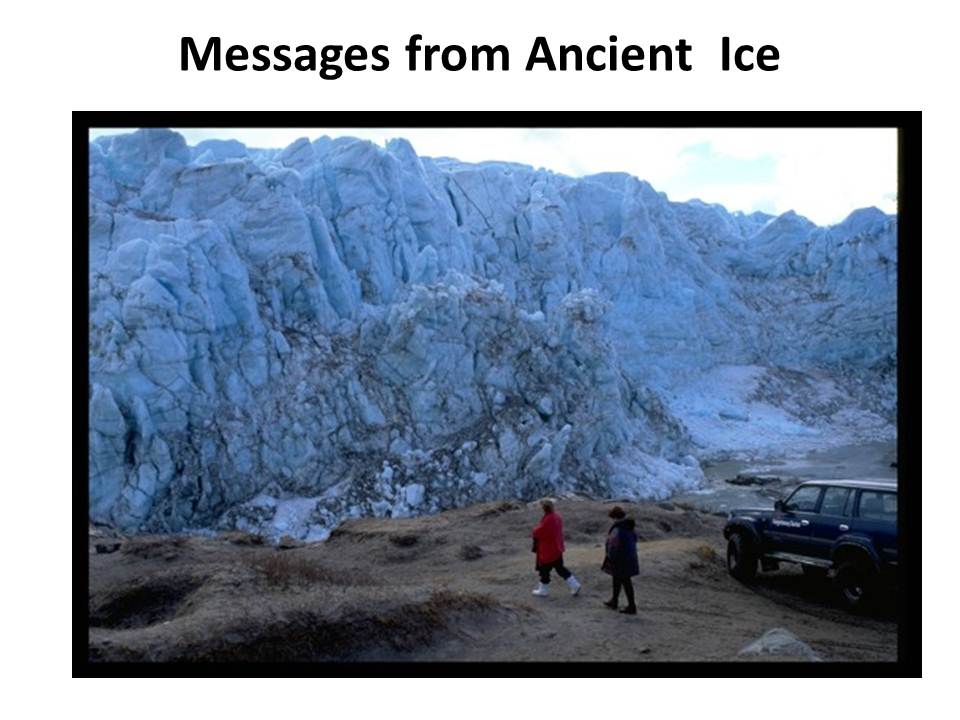 From the ice cores and paleoclimatology  James Hansen calculates the real long term climate sensitivity  is 6C.
Click
for PDF
Click
for PDF 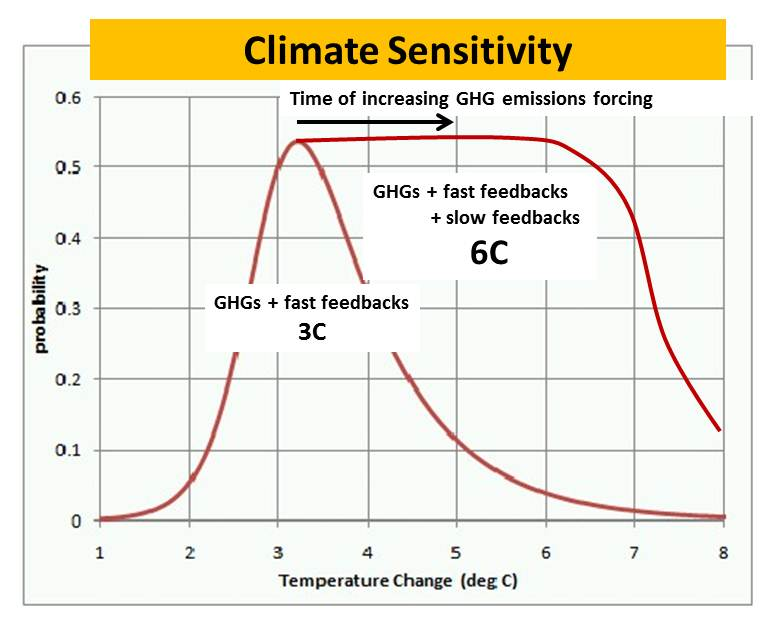 In fact only in the case of essentially complete elimination of emissions -
can the atmospheric concentration of CO2 ultimately be stabilized at a constant level.
IPCC 2007 assessment Working Group 1  Question 10.3
click for 350 demands
Zero carbon:Who says?
"I think that arguments over temperature targets are a distraction," Ken Caldeira, a climate scientist at Stanford University and the Carnegie Institution, wrote in an e-mail exchange with The Yale Forum."We should be talking about emissions targets, and the right emission target is zero," Caldeira said. "We are going to solve the carbon-climate problem when we create an understanding that it is no longer acceptable to use the atmosphere as a waste dump … This should not be a discussion about targets, it should be a discussion about which kinds of objects people should be allowed to build."John Wibbey Yale Media Forum August 4, 2009

US Climate expert  Ken Caldeira 2012: ‘The Only Ethical Path Is To Stop Using The Atmosphere As A Waste Dump For Greenhouse Gas Pollution’​​

1. Life-cycle analyses for natural gas.
Myhrvold and Caldeira (2012) presented a method for estimating climate consequences of energy system transitions. We used every Life Cycle Assessment study that we could get our hands on that provided the necessary level of detail. We also, in the Supporting Online Material that accompanied our paper, considered many cases with technological improvement. Our goal was to present a simple analytic framework that others could use to analyze energy system transitions in a physically defensible framework using numbers of their choosing.

Under these assumptions, continued use of natural gas would delay but not avoid unwanted climate outcomes. Only the intrinsically carbon-emission free technologies can avoid these outcomes.

We are converting the climate of our planet to one that is similar to the hothouse climates that existed on this planet when dinosaurs were the top predators. To a first approximation, if we emit greenhouse gases half as rapidly as we do today, we will wind up in the same place but it will take us twice as long to get there.

Economists estimate that it might cost something like 2% of our GDP to convert our energy system into one that does not use the atmosphere as a waste dump. When we burn fossil fuels and release the CO2 into the atmosphere, we are saying “I am willing to impose tremendous climate risk on future generations living throughout the world, so that I personally can be 2% richer today.” I believe this to be fundamentally immoral. We are saying we want to selfishly reap benefits today while imposing costs on strangers tomorrow.

Would we like it today if the Romans had developed a modern technological society like ours, and their scientists told them that using the atmosphere as a waste dump for greenhouse gases would melt the ice caps, acidity the oceans, overheat the tropics, cause species extinctions, etc, and then they decided to go ahead and do it anyway, just because they were selfish and didn’t care about other people? Perhaps their economists too would do a net present value calculation that would tell them that selfishness is the way to go. Would we be happy to have all of this environmental damage comforted by the knowledge that they knowingly imposed these costs on us in order to be 2% richer?

All I am asking is that we follow the golden rule: “Do unto others as you would have them do unto you.” This is fundamentally a moral issue, not an economic issue. Given what we know now, it is simply unethical to impose risk of grave damage on future generations just so that we can have a few more consumer products today.

The only ethical path is to stop using the atmosphere as a waste dump for greenhouse gas pollution.

As a political strategy, are we supposed to believe that somehow atmospheric CO2 concentrations will be lower in the future if today we expand fossil fuel industries that rely on using the atmosphere as a waste dump? Am I really supposed to persuaded that the path to lower future CO2 concentrations is by building more power plants with smokestacks that dump CO2 into the atmosphere?

Energy demand is going up exponentially. Natural gas relative to coal brings down emissions fractionally. If you multiply an exponentially increasing curve times a constant, you get an exponentially increasing curve. It takes a little longer to get to the same value, but it does change the long-term trend. We have to decide whether we are in the business of delaying bad outcomes or whether we are in the business of preventing bad outcomes. If we want to prevent bad climate outcomes, we should stop using the atmosphere as a waste dump.

I am reminded of the famous old National Lampoon cover “If you don’t buy this magazine, we’ll kill this dog.” (http://en.wikipedia.org/wiki/File:Natlamp73.jpg). Basically, people are saying “If you don’t build this natural gas plant, we’ll build this coal plant.” As the natural gas plant spews its CO2 into the atmosphere, we are supposed to be grateful that they didn’t shoot the dog.

If we build these natural gas plants, we reduce incentives to build the near zero emission energy system we really need. Natural gas is a delaying tactic. It is time to start building the near zero emission energy system of the future. There is no time to waste. There is plenty of energy in solar and wind, and I believe that nuclear power can be made safe. We need to improve these technologies, and come up with better ways to store and distribute energy. But we need to get started on this program now. Expansion of natural gas is a delaying tactic, not a solution.

Their political positions may be immoral, but at least they are usually logically coherent.

It is time to say what we really want, and not just propose things that we think the saner elements of the right-wing nut community might accept.

It’s time for progressives to learn from the right wing that sometimes having a backbone can be good political strategy.

The Technology Warming Potential approach [of the new Alvarez et al paper] seems to be a step backward from simply calculating the temperature change caused by an emission. Thermal lags in the climate system matter, and it matters to the climate of year 2050 whether radiative forcing gets added to the climate system today or in year 2040.

Our approach of calculating climate-impacts using a simple climate involves calculations that are at about the same level of complexity as Alvarez et al (2012) used to to calculate their Technology Warming Potentials. I do not understand the advantage of sacrificing physical realism and ignoring the way thermal lags work in the climate system.
Many decades may pass before a transition from coal-based electricity to alternative generation technologies yields substantial temperature benefits. Panels above show the temperature increases predicted to occur during a 40-yr transition of 1 TWe of generating capacity. Warming resulting from continued coal use with no alternative technology sets an upper bound (solid black lines), and the temperature increase predicted to occur even if coal were replaced by idealized conservation with zero CO2 emissions (dashed lines) represents a lower bound. The colored bands represent the range of warming outcomes spanned by high and low life-cycle estimates for the energy technologies illustrated: (A) natural gas, (B) coal with carbon capture and storage, (C) hydroelectric, (D) solar thermal, (E) nuclear, (F) solar photovoltaic and (G) wind.
Of course, their basic premise is correct: If you are going to burn natural gas, we need to focus on methane leakage from natural gas infrastructure. 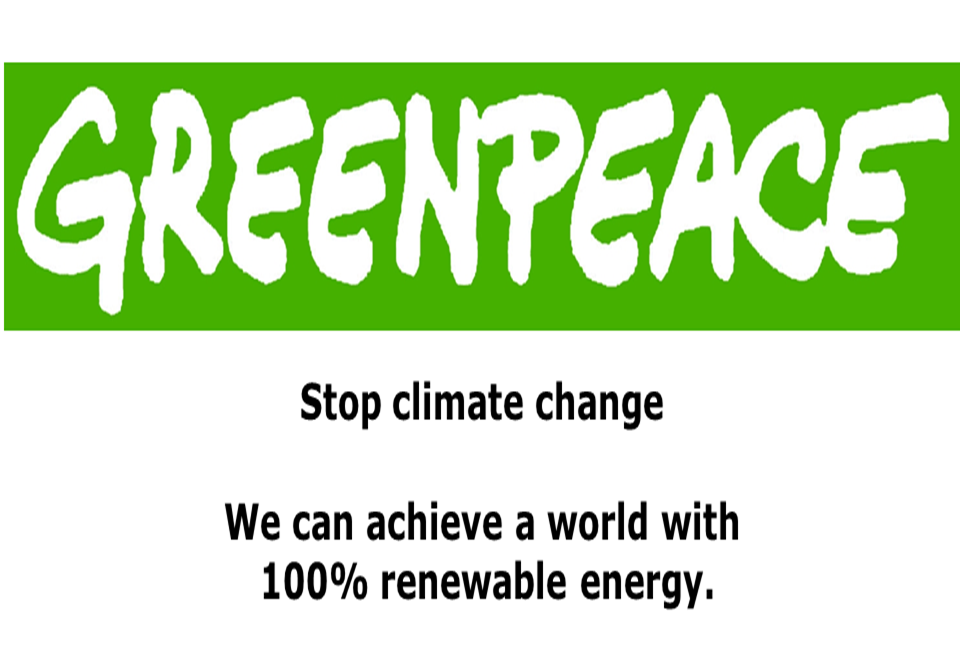 Mitigation pathways ... would require substantial emissions reductions over the next few decades and near zero emissions of carbon dioxide by the end of the century.
IPCC says zero carbon 2014
AR5 Synthesis Headline Statements​